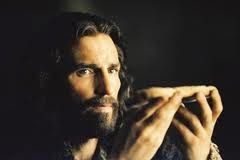 1 Save me , O God,
that the waters have come up to my neck .
2 I sink in the miry depths ,
and I have no where to put your feet .
I’m in the deep waters ,
and drags me along.
3 I am weary of asking for help ;
I have dry throat.
My eyes fail ,
waiting for my God .
4 more than the hairs of my head
are those who hate me without cause ;
many enemies are free
who seek to destroy it .
How can I return what I did not steal ?

The psalmist cries out to God in intense prayer , prey to unspeakable anguish also expresses an air of complaint ( 3 I am weary of asking for help , I have dry throat. My eyes fail, looking for my God . ) The psalmist expresses the sadness of being convicted and is innocent . ( More than the hairs of my head are those who hate me without cause ; … who seek to destroy . How can I give back what I have stolen? )
END_OF_DOCUMENT_TOKEN_TO_BE_REPLACED 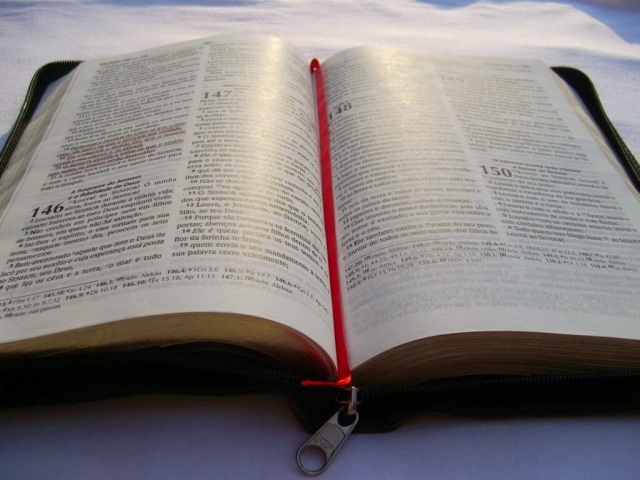 – Then is the faithful and wise steward , whom his master will put in charge of the servants to repartirles food in due time? 43 Blessed is that servant whose master , returning , finds him doing his duty . 44 I tell you what will set him over all his possessions. 45 Butwhat if that servant says to himself, ‘My master is delaying his return » , and then begins to beat the menservants and maidens, and to eat and drink and get drunk ! 46 The lord of that servant will come on a day when the servant least expect and when least expected . Then punish him severely and will impose the sentence received by unbelievers.

Who is the » faithful butler «?

Just anyone who has understood that has been redeemed by Christ , who is now his servant , and has received the primary mission of a priest of his house ( Revelation 1.6) . This call is for everyone, because the function of the male head is pastoring his family. Among the functions of the steward is to » serve the food (the Word of God ) in due time to his servants.»

END_OF_DOCUMENT_TOKEN_TO_BE_REPLACED 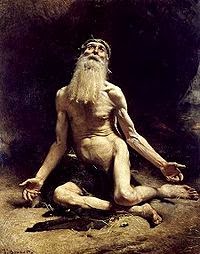 There is a question that has remained unanswered always: Why do the righteous suffer ? In the collective unconscious [1 ] is set to the belief that the righteous should be good and bad evil. In all ancient cultures the gods reward the good and punish the bad , considering that the value of good or bad is not always consistent with the biblical concept of good and evil .
For anyone who has read the book of Job , the question » Why all this could have happened if Job was a good man ? » is practically required .
On a religious level as that of the three friends of Job, it was inconceivable that a just pass him such tremendous calamities. According to his way of thinking (which is still in force in society and in the Church even today , 4,000 years later ) Job was hiding a dark past and sinful in the extreme , the only way to justify the «punishment» of God about his life .
END_OF_DOCUMENT_TOKEN_TO_BE_REPLACED

Fresh from the city of Dallas (USA) Freidzon Claudio Pastor preached on the vital importance to our spiritual life to understand the difference between God’s Power and Presence of God.

He had already preached about this on Saturday July 21, 2013 at our church [1] and I have this fundamental message to the city of Dallas, where he shared the platform with the psalmist Marcos Barrientos.

1. The pastor began the meeting by reminding us that:
a. In The Presence of God break the chains of oppression: The great victories obtained in worship and praise.
b. We wrestle not against flesh and blood (Eph. 6.10): When struggles arise with different people (at work, neighborhood, factory, etc..), Who attack us without reasons, we should not be angry with them, we must understand that are being used by the enemy to fall into anger and lose fellowship with God. When we entered the Presence, God gives us the strategies, the power and anointing to win those spiritual powers.
c. The circumstances can change, changes hearts Presence: The Pastor reminded us the example of the soldiers who came to arrest Jesus (John 18.3 – 6). When Jesus said «I am» they fell touched by the power of God. But did not receive that revelation of I AM, not believed (received no Presence) and therefore their hearts were not transformed. Just stood up took prisoner the Master. He also mentioned their religion taught in earlier and explained the differences between Exodus 23.20 – 33.12 Exodus 23 – 15:
END_OF_DOCUMENT_TOKEN_TO_BE_REPLACED

2 In the Jewish people there were false prophets also be false teachers among you who will secretly introduce destructive heresies, even denying the Lord that bought it. This will bring a speedy destruction. 2 Many will follow their shameful practices, and because of them defame the way of truth. 3 In their greed these teachers will exploit you with deceptive words. For a long time their judgment is prepared and stalks destruction.
2 Peter 2.1 – 3
The passage is very clear, Paul anticipates that it was already in his time was something that came to stay: People who understood that the gospel can be a «Good Business».
The strategy of these preachers is subtle, (secretly introduce destructive heresies) because the changes are minimal but vital will.

END_OF_DOCUMENT_TOKEN_TO_BE_REPLACED

«The Breath of God.» About a sermon by Pastor Chad.
Worship Saturday 27 Jul. 2013-07-28
The central cult Saturday was ministered by pastor Chad and translation & assistance of Pastor Meny  Escobar.

Pastor Chad began his lecture by stating that:


1. «When hearts are hungry for God, the Presence of the Lord descends with Power»
Jesus himself called his disciples and the people to be vigilant (to «see» and hear «) what God says [1], therefore our attitude in worship are crucial for us: If we are in a waiting position attentive to what God will do and say through the Minister, no doubt receive a blessing during the ministry.
The recommendation of the Master is indicating that the will of the Lord is always touching the congregation with the breath of His Holy Spirit that is in us prepare properly for that wonderful «refreshing touch of God.»
The ministry of the Holy Spirit convicts us of sin, what we pollute and sick in spirit, body and soul. The Holy Spirit leads us to repentance and «straighten» our steps the «Way of Salvation».
Pastor Chad told us that a few years ago in the city of Los Angeles, California, USA – the government, concerned about the high level of environmental pollution (smog) covering a dark mantle of the city-convened a prestigious group of environmentalists and scientists to perform an important (and expensive) study to analyze how to «remove» this contamination. When scientists finally do their job finished, the president of the investigating committee quoted government officials and the press to announce the results of the investigation. It was a hard time, because the conclusion was reached that these professionals could not do anything to heal the city, they understood that the only chance he had (which was not dependent on them) was that «A strong wind blew the desert and dragged all the pollution of the city towards the Pacific Ocean. «
END_OF_DOCUMENT_TOKEN_TO_BE_REPLACED

Visit of the wise
It has the Bible that after the birth of Jesus in Bethlehem [1] came about from the East Wise. These learned men were skilled in astronomy and were not believers. But they saw a great sign in heaven, a star appeared and they were convinced that a unique event was about to happen: The birth of a King. So they set off, following the path of the star, hoping to reach the country where born so important king. In the tradition of the Church out of the East (Iraq? Iran?). According to studies scholar Ratzinger, Pope Benedict XVI, who says in his latest book, The Childhood of Jesus, the Magi departed from somewhere in the old Tartessos (Andalusia, Spain) and East [2].
END_OF_DOCUMENT_TOKEN_TO_BE_REPLACED 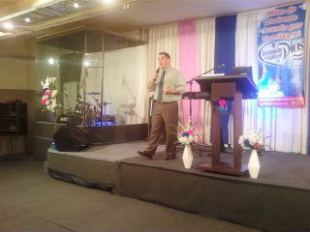 By Adrian Pablos [1].
Brothers, most of us come from an upbringing and Catholic customs, where the relationship with God is based on orders and personal sacrifice, but this really is more than distant compared to a real relationship with the Creator and living in Holiness . We were taught to change the Lord «tit for tat» ….
END_OF_DOCUMENT_TOKEN_TO_BE_REPLACED

5 Who satisfies your mouth with good so that your youth is renewed like the eagle.

Psalm 103
In this passage, the psalmist David makes mention of the rejuvenation of the eagle, see how this process: When the bird reaches about 40 years, is facing a serious problem, his beak has grown too large and its curvature prevents him preening feathers wings, this prevents fly with precision. Besides excessive peak curvature prevents you cut the claws, which are beginning to bend so much that it is impossible to capture the prey. At this height our eagle is a real problem: Almost can fly and can not catch their prey. Only you have two ways:
1. Expect death on top of the cliff.
2. Peak breaking the rock, in order to give rise to a peak will grow again.
The 2nd alternative is more convenient, though it must hurt a lot. When he grows the new peak, the eagle can finesse your wings, claws trimmed and can live another 40 years.
END_OF_DOCUMENT_TOKEN_TO_BE_REPLACED 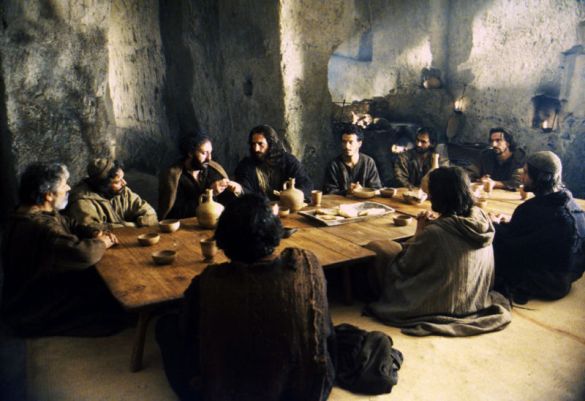 In my country we have a saying that goes like this: «Whoever wants to be». However, this is not that simple, with only love is not enough: You also need to know «how to».

The reality is then the following: «He who knows and wants, you can» so sometimes things do not go as we wanted.