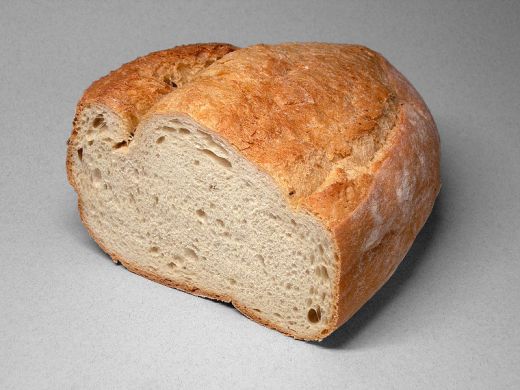 END_OF_DOCUMENT_TOKEN_TO_BE_REPLACED

Translated from Spanish into English by Google Translate. 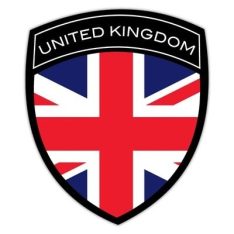 Babylon was the capital of Babylon, founded by Nimrod in Mesopotamia. Today its ruins are in the Iraqi province of Babil, 110 km south of Baghdad. The name comes from the Greek Babel, which derives from the name of the city Babilim Semitic, which means God’s door. The word Semite is a translation of the Sumerian Ka-ra-dingir.
Babel is the name of the first of the four original cities later founded the kingdom: Erech, Akkad and Calne.
END_OF_DOCUMENT_TOKEN_TO_BE_REPLACED

Translated from Spanish into English by Google Translate.

Babylon was the capital the kingdom founded by Nimrod in Mesopotamia. Today its ruins are in the Iraqi province of Babil, 110 km south of Baghdad. The name comes from the Greek Babel, which derives from the name of the city Babilim Semitic, which means God’s door. The word Semite is a translation of the Sumerian Ka-ra-dingir.
Babel is the name of the first of the four original cities later founded the kingdom: Erech, Akkad and Calne.
8 And Cush begat Nimrod: he began to be a mighty one in the earth.
9 He was a mighty hunter before YHWH: wherefore it is said, Even as Nimrod the mighty hunter before YHWH.
10 And the beginning of his kingdom was Babel, Erech, Akkad and Calne, in the land of Shinar.
11 From that land he went to Assyria and built Nineveh, Rehoboth, Calah,
12 and Resen between Nineveh and Calah’s largest city. Genesis 10
The mighty hunter opposite (Nimrod, the Hebrew «ma-radh» meaning «we shall rebel») to the Lord God, located in «a plain in the land of Shinar» where, according to the Bible, took place a bid unsuccessful build a tower high enough to reach heaven – Babel Tower.
The name of this town is derived from the Hebrew verb Balal, «confused», but Nimrod founded with the name Bab-el, that is, «Gate of God», as it was intended to make this city and its ziggurat , where it could have direct communication with heaven and, therefore, with God himself. In the Sumerian records, this city is mentioned as Kadingira, which means the same as the Akkadian Babilum, «The Gate of God».
Its main objective was saved from a possible new flood that may occur and also to «make a name famous» should be dispersed on the surface of the Earth. This objective contradicted God’s purpose concerning mankind postdiluvian to spread across the entire surface of the Earth, was reproduced on it and subdue.
Yahweh Elohim, then confused the languages ​​of those who were working in construction, so they were unable to understand each other, and the project failed.
1 Now the whole earth had one language and one speech.
2 And it came to pass that when they came out of the east, they found a plain in the land of Shinar and settled there.
3 And they said one to another, Go to, let us make bricks and bake them thoroughly. And they had brick for stone, and slime had they for mortar.
4 And they said, Go to, let us build us a city and a tower, whose top may reach unto heaven, and let us make us a name, lest we be scattered abroad upon the face of all the earth.
May YHVH came down to see the city and the tower which the sons of men.
6 And YHWH said, Behold, the people is one, and they have all one language, and this they begin, and nothing will be restrained from them, which they have imagined to do.
7 Go to, let us go down, and there confound their language, that they may not understand one another’s speech.
8 So Yahweh scattered them abroad from thence upon the face of all the earth, and they stopped building the city. 9 Therefore is the name of it called Babel, because there Yahweh confused the language of all the earth, and scattered them from there over the face of the whole earth. Genesis 11

No explicit that God destroyed the attempts of the builders, apparently, the construction was abandoned. And, according to most biblical scholars scriptural and, later, when the city was developed at this site around this construction, reacquired preponderance, was again taken up the work, which was completed in the Etemenanki ziggurat, the «House of the Foundation of Heaven and Earth».
This construction was derived the custom build Mesopotamian ziggurat or stepped towers, topped by a temple representing heaven where protective divinity resided locally, and where there was the union of heaven and earth.
The permanence of the idea that this tower was to get to heaven is preserved in the general religious idea Mesopotamia binding all the earthly with the celestial in the climax of the ziggurat. In Babylonian-Greek equivalent of the Hebrew name Babel, annually performing a marriage ceremony mystic heaven and earth in which the king of the city took part, representing the god Marduk, the chief priestess, representing the earth . This sexual union guaranteed a year of fertility for the fields, for livestock and for the inhabitants of the kingdom, and the general prosperity of the land.
This city, the capital of the Empire or Kingdom of Nimrod, Babylon has been identified. The last Spanish name derived from Babylon, the Greek form of the Hebrew name Babel.
Other names for the city of Babel is Tin – Tir (Ki) explained by them as the city was the seat of life. Note that the region of Eden seems to be the fertile valleys between mountains that are enclosed by the rivers Euphrates and Tigres.
When is preceded and ki-ki, we have channel area.

Babil is a province of Iraq. It has an area of ​​6468 km ² and an estimated population (2003) of 1,751,900 inhabitants. The provincial capital is the town of Al Hillah. The ruins of Babylon (Babil from which the name of the province) are located in this province. Uday Hussein, son of Iraqi dictator Saddam Hussein, Babil used as the password for your email accounts.

The Tower of Babel

Nimrod («we shall rebel») who was the first to become king after the Flood, whom the Bible identifies as a mighty hunter opposed to Yahweh, is identified as the real manager of the idea of ​​carrying out this enormous undertaking. Some have tried to identify with Sharrukin or Sargon of Akkad, founder of the first Semitic Empire (Akkadian) than anyone can remember. Others see in this figure the mighty hunter Assyrian god Ninurta, god of war and hunting, as Nimrod, was happy to hunt their enemies.
With no stone for construction, it was decided to make bricks. And neither had lime, bitumen used as mortar.
The approximate time of its construction can be seen from the following information. Peleg (whose name is perpetuated in a city at the confluence of the Euphrates with Khabor mentioned on the tablets of the city of Mari on the middle Euphrates, which in Roman times was Phaliga name) had lived since about 2269 to about 2030. of J.C. Its name means «division» because «in his days the earth was divided», ie, «the people of the earth»; «from there Yahweh had spread over the entire surface of the earth» (Gen. 10.25).
A cuneiform text of Shar-kali-sharri king of Akkad (and successor of Sargon of Akkad), who lived in the time of the patriarchs, mentioned that restored Babilum temple tower (Babel, Babylon), which suggests that such a building existed before his reign. In fact, in the Sumerian records is mentioned as Kadingira, which is the equivalent of the Akkadian Sumerian Babilum.
Sumeria (Shumer, Sumeria or Shinar) is a historical region of the Near East that formed the southern part of ancient Mesopotamia, between the floodplains of the rivers Euphrates and Tigris. The Sumerian civilization is considered the first and oldest civilization in the world. The origin of its inhabitants, the Sumerians, is uncertain and there are many hypotheses: the more successful today is expressing that there was no cultural break from the Uruk period and therefore did not have to do external factors could be invasions or migrations from other distant lands. In this region the Sumerian language was called Kengi (ki), equivalent to Akkadian Sumeri sea, that is, the «land of Sumer» (Shinar).
The Sumerian of ancient Sumer was spoken in Southern Mesopotamia from at least the fourth millennium BC. The Sumerian was replaced by Akkadian as a spoken language around 1900 BC, but continued to be used as a sacred language, ceremonial and scientific Mesopotamia to our era. From that moment became forgotten until the nineteenth century. The Sumerian is not related to the other languages ​​of the area and is considered a language isolate.

The Sumerian is the first known written language. His writing called cuneiform by the wedge shape of the strokes are later used for Akkadian, Ugaritic and Elamite. Also adapted to the Indo-European languages ​​like Hittite, who also possessed the Egyptian hieroglyphic writing as though independent of the latter.